Skip to primary content
Former PEI Premier Jim Lee, his family and Friends of the Farm Board members gathered in the Premier’s Grove at the Experimental Farm on Wednesday, October 12, 2016 for the ceremonial tree planting of a maple tree in recognition of Mr Lee as Premier of Prince Edward Island from 1981 – 1986.
It was discovered that the tree that had been originally planted by Mr Lee in 1983 was no longer in the groove.  Thankfully this was discovered and on this lovely afternoon, a tree was planted and dedicated in his honour. 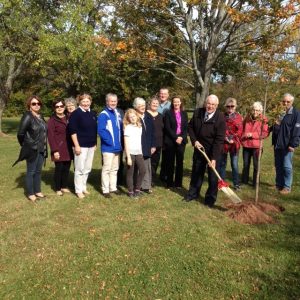 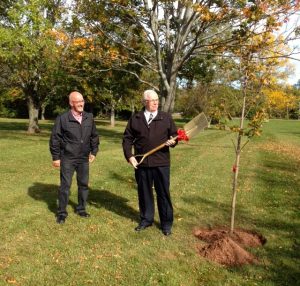 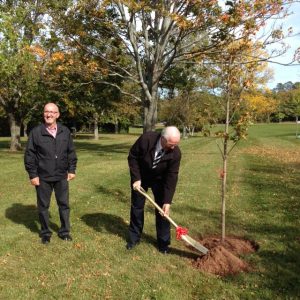