The development of a brochure was discussed.  It was decided that this be deferred until late fall or early winter.

–   Kite Day – Laura Lee Howard led the discussion for the planning for Kite Day.  It was decided that it be October 3 or 4 with the date to be confirmed with the Farm Centre. Laura Lee has been in touch with Wayne Levy of the Research Station.

–    It was agreed that Sobey’s and the City contacted/.

–    There will be kite making and face painting.

–    Nora Jenkins to send letter to the Friends membership.

–   Gardens- Lane MacLaren reported that the Crown Garden looks good.  He also reported that he has contacted Dean Worth with the City who informed him that the concrete pad would be removed by late fall.  The Friends will then need to landscape the space left by then slab. It was suggested that a tree such as a maple be planted.

–   Ravenwood – Catherine Hennessey informed that she has been in touch with Josh Silver of Holland College who is interested in doing an evaluation of Ravenwood  and the cereal barn.  Catherine is to pursue this with him.

–   Mark Cullen – It was agreed that Mark Cullen be invited to come to PEI for a speaking engagement.  It would be separate from the annual meeting.  Roger Younker will continue to work on this.

–    Nominations – Lane MacLaren will step aside as chair.  Doug MacDonald – vice chair was asked to assume chair. Connie MacKay Carr was given two names as suggestions for new Board members. Nora Jenkins was given a suggestion for vice chair.

–    Publicity – Laura Lee Howard will include the annual meeting in the ads for the Buzz and the Guardian.  Nora Jenkins will do a letter to members.

The Friends of the Farm will be hosting a second kite flying event at the Farm Centre on Sunday October 4 from 2- 4pm. Come along and bring your friends. children and grandchildren. Admission is free .

Chair, Lane MacLaren called the meeting to order and welcomed everyone to the meeting.

Sylvia Poirier moved, Gertie Purdy seconded, the approval of the minutes of May 12, 2015. Motion carried.

* Meeting with Jeannette MacAulay of Hon Gail Shea’s Office. Sylvia Poirier reported that Jeannette MacAulay was knowledgeable of the purpose and work of the Friends of the Farm and this was discussed with her. She confirmed that there are no immediate prospects for the status of the Farm to change. She agreed to look into the activity regarding some land at the Ottawa Farm. It was discussed with her that the Friends are concerned about the upkeep and condition of Ravenwood, the importance of the house and the need for work on the property. She agreed to look for program opportunities for Ravenwood.

* Ravenwood – It was agreed that Catherine Hennessey would contact Josh Silver at Holland College to request that he take a “quick look” at Ravenwood and the Cereal Barn. It was suggested that he be given an honorarium.

* Kite Day – Kite Day will be in October. Connie MacKay Carr reported that she has bought 40 kites at the Dollar Store.

* Gardens-The Crown Garden plants have been purchased and the planting arranged by Doug MacDonald. The weeding schedule is July – Connie MacKay

Libby Martin reported on the Janice Simmonds Memorial Garden and that it needs freshening as some plants were lost. Lane agreed to contact Nancy McMinn at the City to request the concrete pad be moved and to ask for a barrel to plant flowers.

* Annual Meeting-Suggestions for recipient of the Janice Simmonds award were made. There was a suggestion of the topic Green Space and Health.

8. Adjournment and Date of Next Meeting 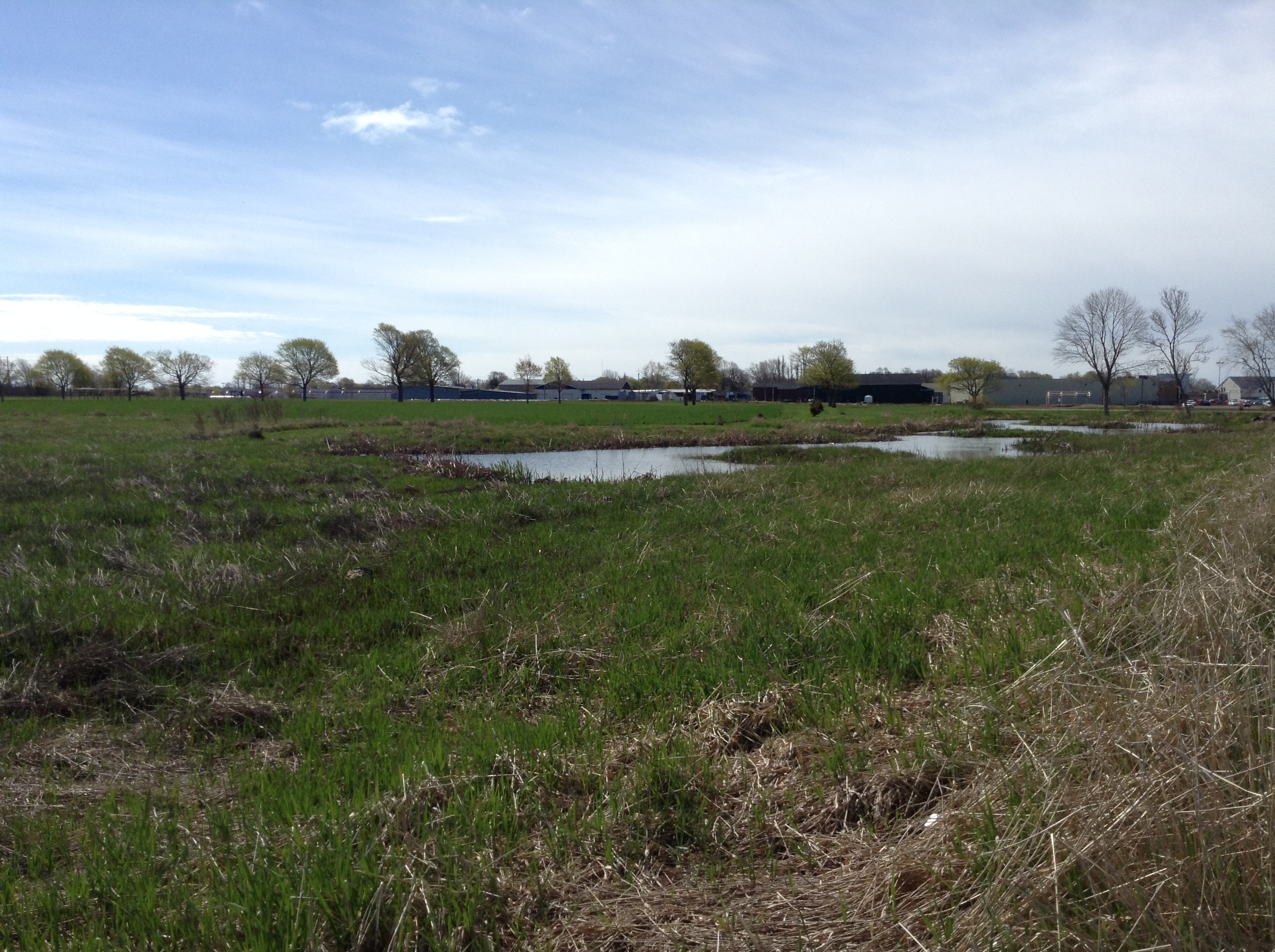 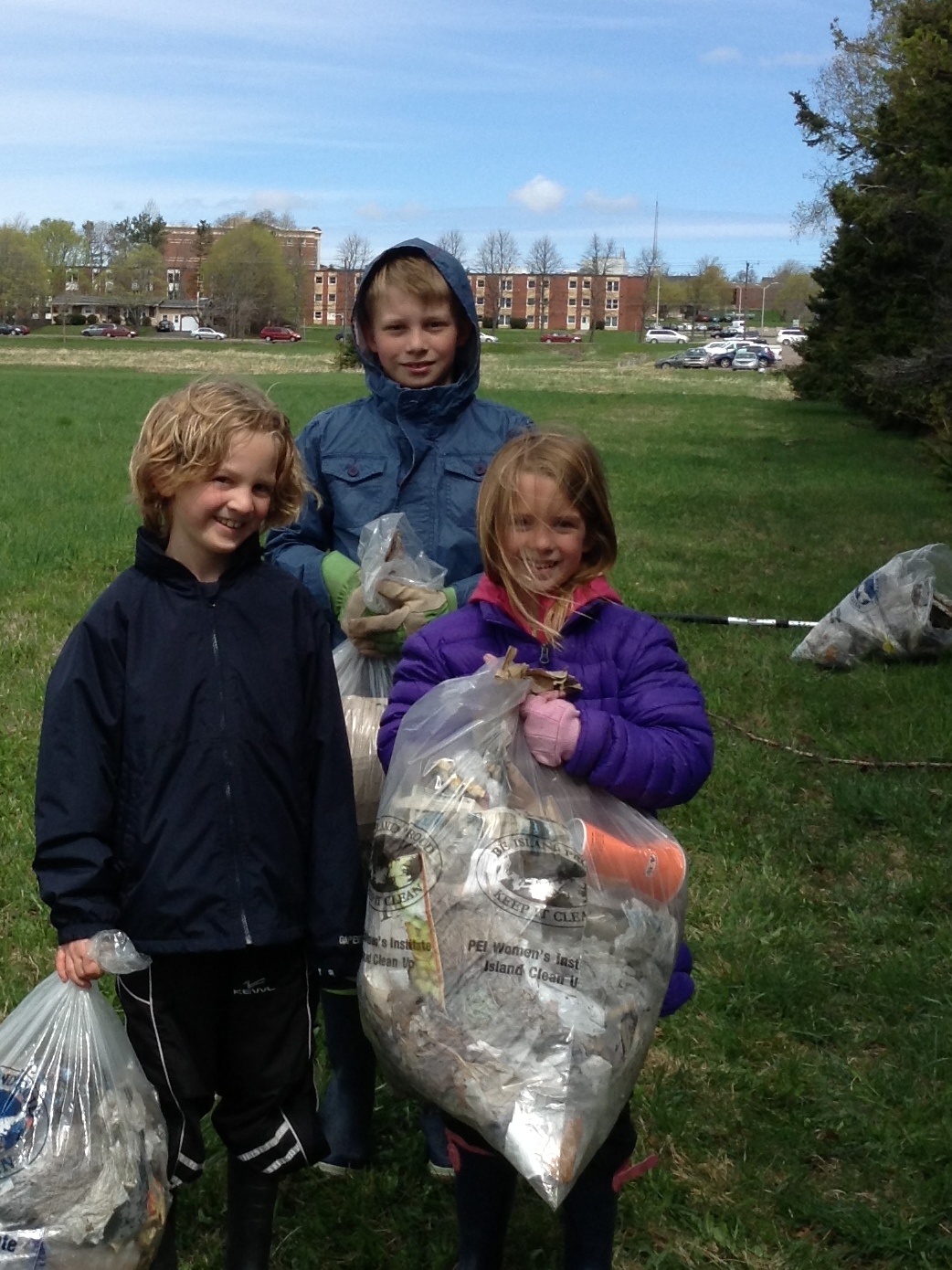 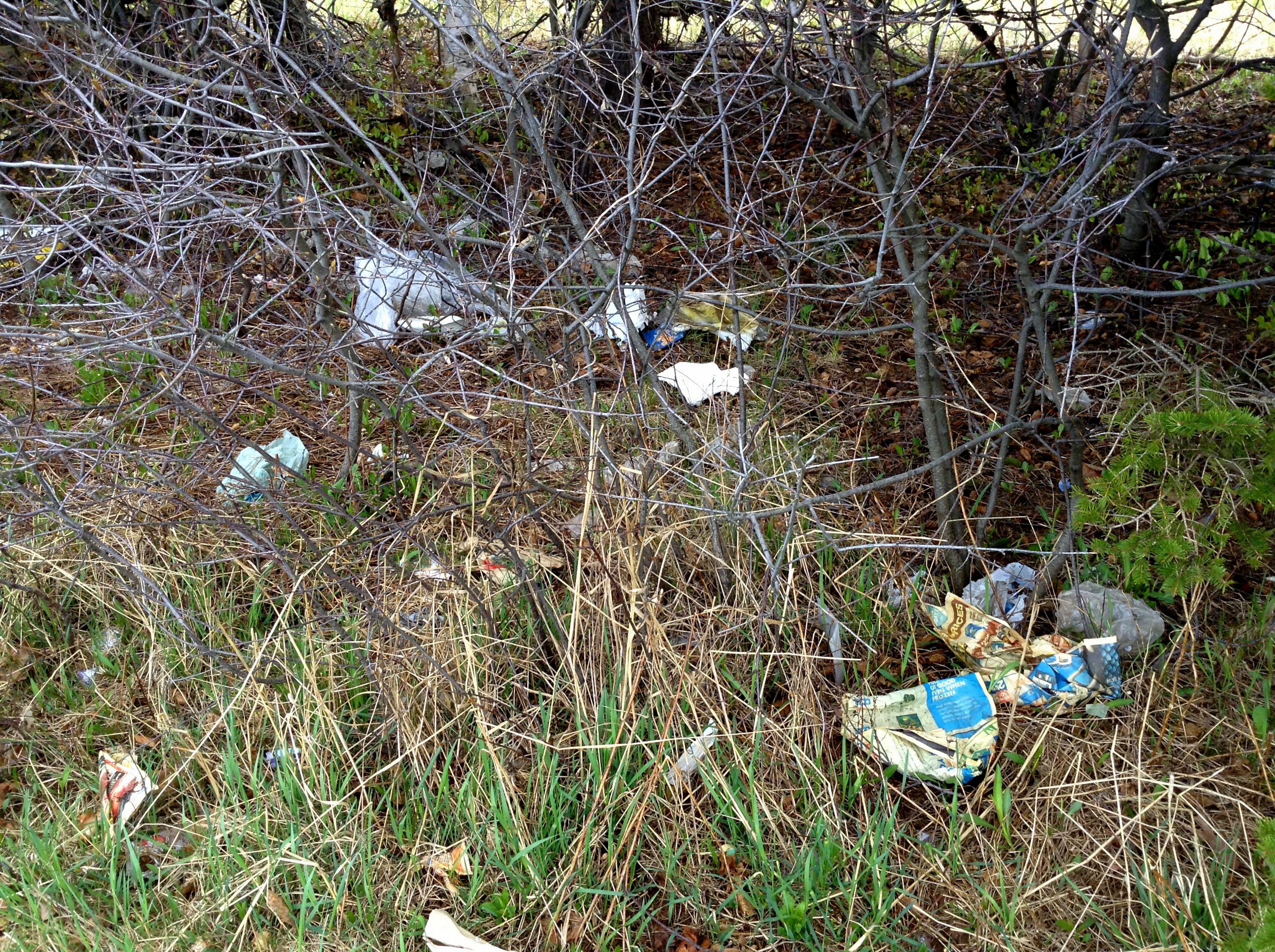 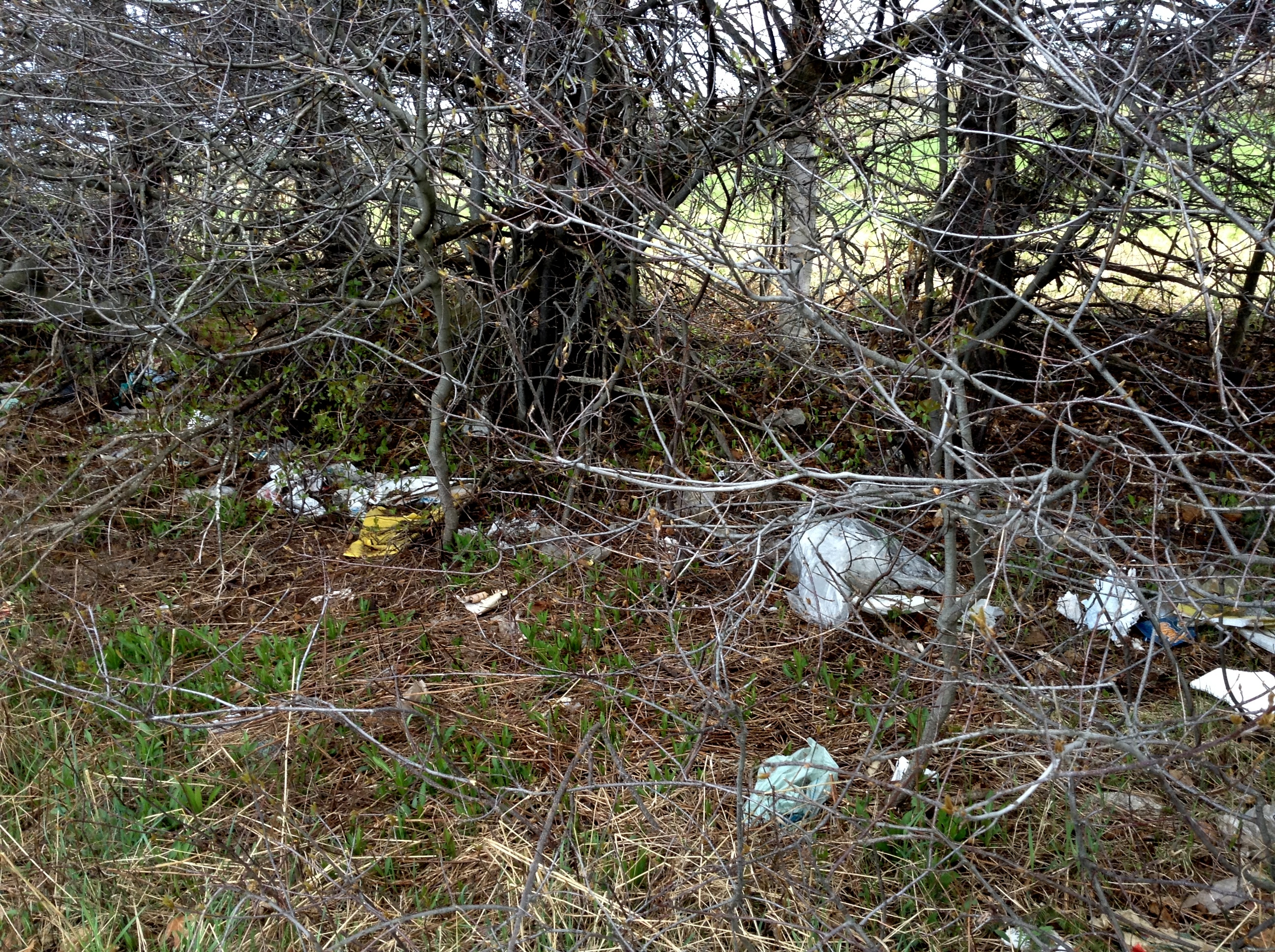 Sylvia Poirier distributed letters to be taken to businesses.

Laura Lee will call into CBC community line and she will contact CBC.

Nora Jenkins will request for an email to the membership.

Doug MacDonald will have a map and garbage bags.

Meeting spot will be as last year, in parking area behind Ravenwood.

Doug MacDonald will have a map and garbage bags.

Meeting spot will be as last year, in parking area behind Ravenwood.

Regrets were received from Jason MacEachern

Bert Christie moved, Libby Martin  seconded the approval of the minutes of the previous annual meeting on November 5, 2013. Motion carried.

During Feb  meeting Adam Maclean addressed the board regarding the 2014 legacy garden.

Permanent location for the Janice Simmonds award has been found and is in a display cabinet at the Farm Centre.

Second annual Clean up the Farm day held in May with great success, with the plan to partner with area businesses next year.

The Board met  with Charlottetown MP Sean Casey.

A 2014 grant was received and Soaring to New Heights was held with great success with thanks to Laura Lee Howard and Connie MacKay Carr, also Ag Canada, the Farm Centre, Newcomers Association, Beamish Apple Orchard.

Board has begun exploring the possibility of either receiving a commitment or funding from the Fed government for the restoration of the cereal barn and Ravenwood house and this is in early stages.

Mr. MacLaren also informed the meeting of the work that was done by the Board to receive consensus with the Mi’kmag Confederacy and the City of Charlottetown which resulted in a proposal which was taken to Hon Gail Shea, MP Egmont, to be presented to the federal government  and proposed that the Farm be granted to the people of PEI as a 2014 legacy gift.

Nora Jenkins, Secretary Treasurer, circulated the financial statement  for the year April 1, 2013 to March 31, 2014.  Thanks was expressed to the accounting firm of Arsenault, Best, Ellis, Cameron for providing the Financial Review  and found to be in accordance with the Canadian accounting standards for not for profit organizations.

Gertie Purdy, Membership Chair, thanked members for support and reported that there are 359 on the list as members of the Friends of the Farm. She noted that the annual meeting marks the beginning of a new year and that memberships for the upcoming year are now due. Gertie Purdy moved, Steve Knechtel seconded the adoption of the membership report.  Motion carried.

Mr MacLaren called for nominations from the floor.  There being none, Doug MacDonald moved, Kirsten Connor seconded  the adoption of the nominating report.  Motion carried.

Sylvia Poirier introduced guest speaker, Gary Schneider, forester and environmental educator, who presented on the topic “How to Love a Forest” which was well received and appreciated. Doug MacDonald thanked the guest speaker.

9.       Presentation of the Janice Simmonds Award

Lane MacLaren introduced the Janice Simmonds Award and explained that the Janice Simmonds Award was  established by the Friends of the Farm (PEI) Inc. to honour an individual, group, or agency who/which has made a significant contribution to the creation, protection, preservation, or management of public green spaces on Prince Edward Island, including but not limited to the land within the City of Charlottetown commonly referred to as “The Experimental Farm”.

Lane MacLaren then announced  the recipient, Gary Schneider, for his work as a forester on PEI, an educator and in particular, his work a the Macphail Woods.  Percy Simmonds presented the award.

Kite Flying on the Farm Poster 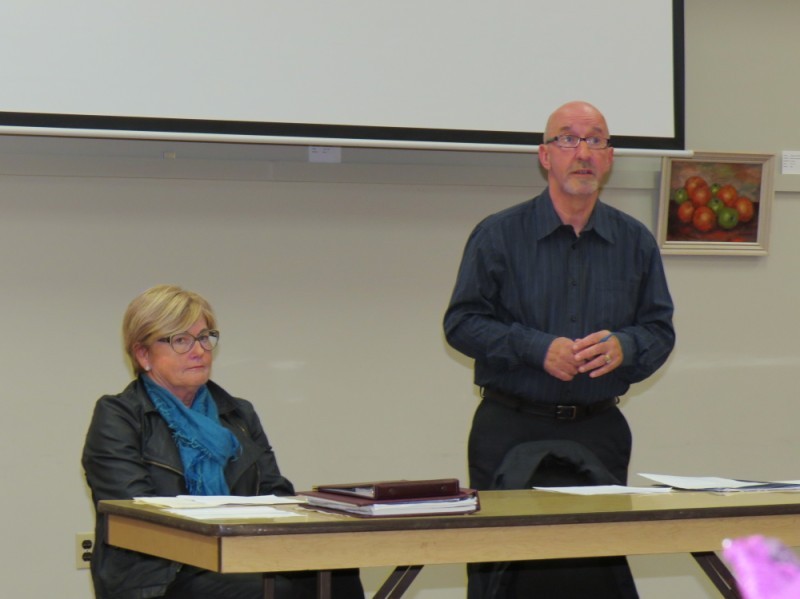 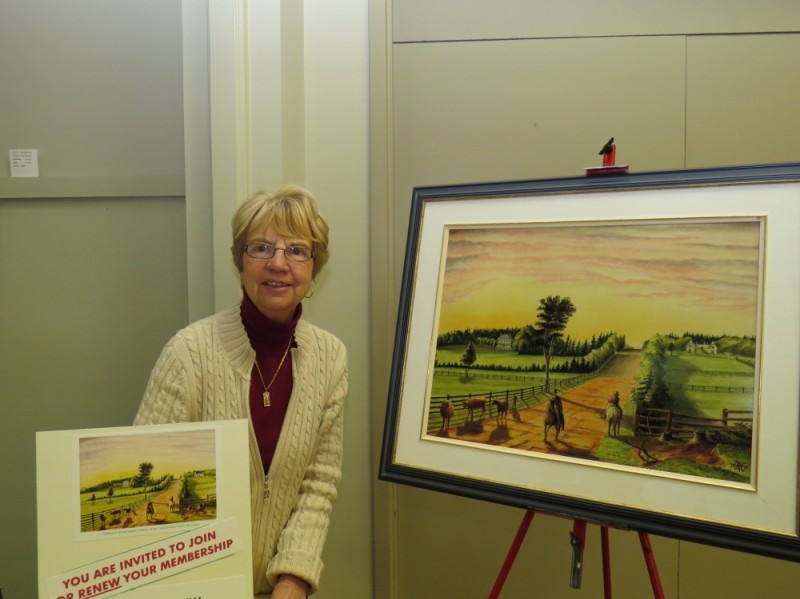 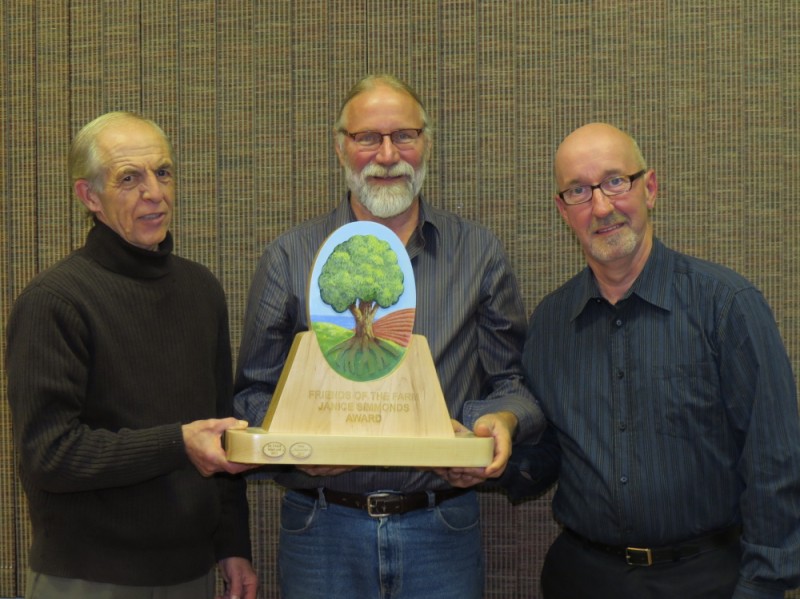 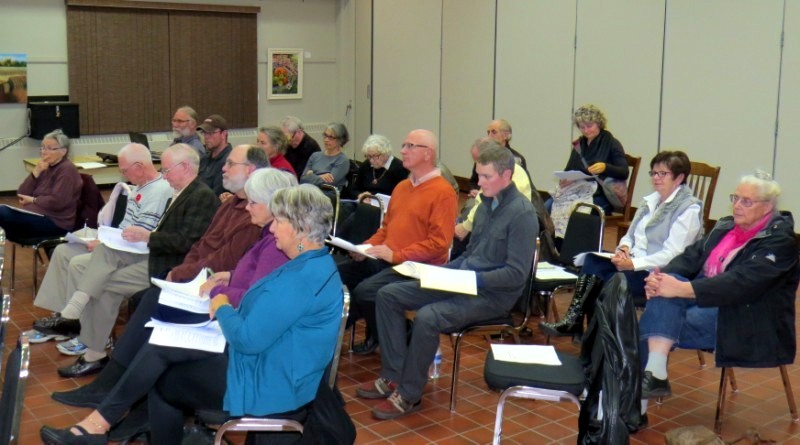 Catherine Hennessey received the Janice Simmonds Award for her life body of work preserving green spaces and beyond. Here you can view the presentation that she was willing to share with a packed house at The Haviland Club.